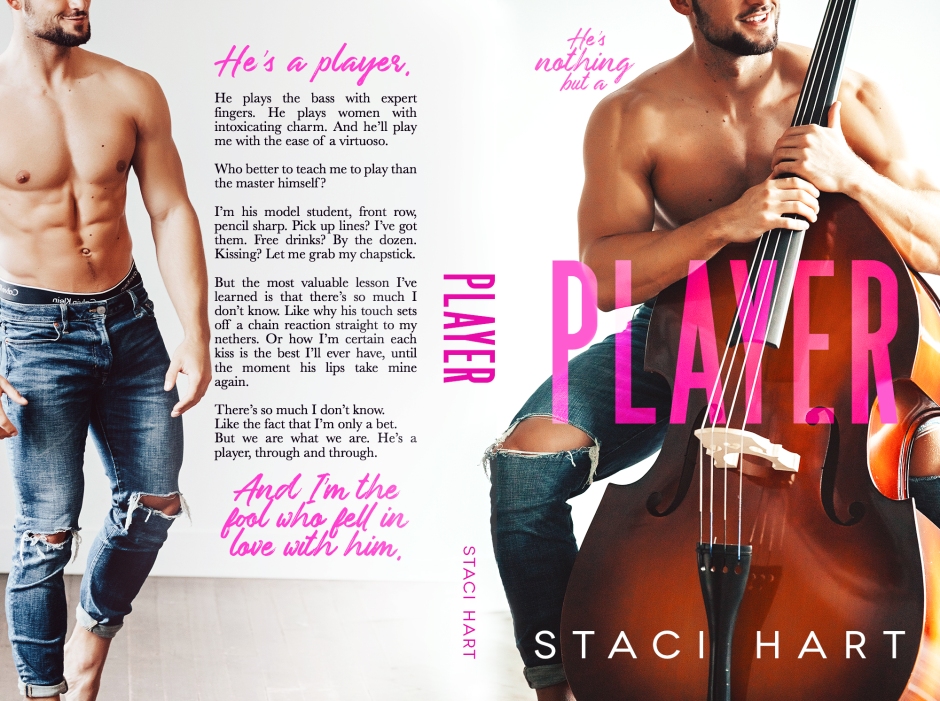 Val and Sam both play in the orchestra ensemble for Wicked on Broadway. Val has been tripping over herself for Sam from the beginning but doubts he’d ever go for a curvy girl like her.  When Sam takes a bet thinking he’ll protect her from the likes of players like his friend Ian and himself by tutoring her in the art of finding a man for a month, he quickly realizes that he’s miscalculated. Val’s unique wit, love of life and country-road curves quickly have him questioning whether he can really stay away from her. When their month is up, will he really be able to let her go to find another man or will he come to his senses and step up? And what happens when Val finds out about the bet?

I’ve re-written this review half a dozen times because I just keep wanting to go on and on and fangirl all over the place but the whole point is to keep it quick and dirty! It’s so hard! There are few authors that can make you feel as viscerally as Staci Hart does. It’s that emotional rollercoaster you just want to ride over and over again. The characters are compelling, the world that they live in is that vivid, jewel-toned NYC that everyone dreams of and Val and Sam’s love story is the kind that could warm even the most cynical of hearts. You’ll want to read this one over and over again.

He plays the bass with expert fingers. He plays women with intoxicating charm. And he’ll play me with the ease of a virtuoso.

Who better to teach me to play than the master himself?

I’m his model student, front row, pencil sharp. Pick up lines? I’ve got them. Free drinks? By the dozen. Kissing? Let me grab my chapstick.

But the most valuable lesson I’ve learned is that there’s so much I don’t know. Like why his touch sets off a chain reaction straight to my nethers. Or how I’m certain each kiss is the best I’ll ever have, until the moment his lips take mine again.

There’s so much I don’t know.

But we are what we are. He’s a player, through and through.

And I’m the fool who fell in love with him.

Staci has been a lot of things up to this point in her life: a graphic designer, an entrepreneur, a seamstress, a clothing and handbag designer, a waitress. Can’t forget that. She’s also been a mom to three little girls who are sure to grow up to break a number of hearts. She’s been a wife, even though she’s certainly not the cleanest, or the best cook. She’s also super, duper fun at a party, especially if she’s been drinking whiskey, and her favorite word starts with f, ends with k.

From roots in Houston, to a seven year stint in Southern California, Staci and her family ended up settling somewhere in between and equally north in Denver, until they grew a wild hair and moved to Holland. It’s the perfect place to overdose on cheese and ride bicycles, especially along the canals, and especially in summertime. When she’s not writing, she’s reading, gaming, or designing graphics.