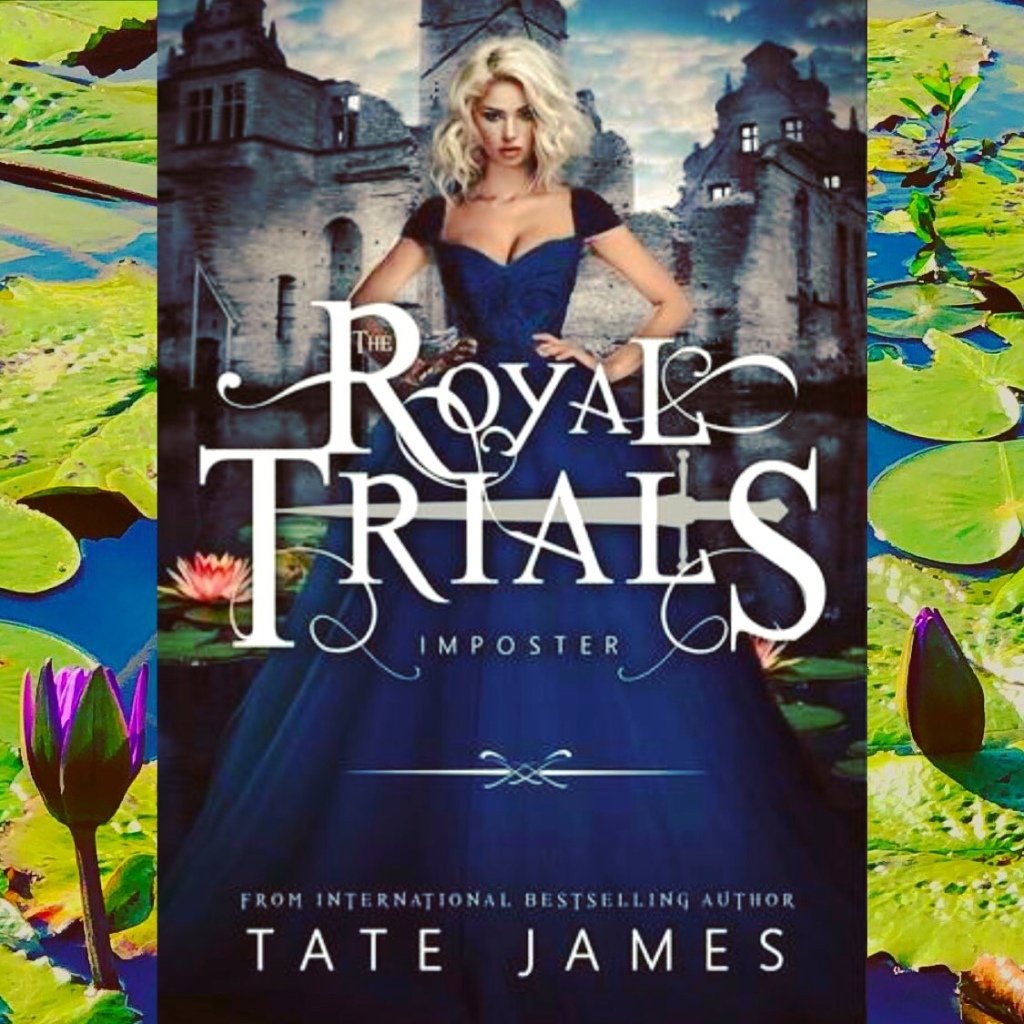 ~REVIEW🖋~
The Quick and Dirty: Girl in a bind impersonates royal lady in order to participate in the Royal Trials, intentionally fail and go home. Unfortunately for her, you either win or die trying. There is no chance for escape and someone is trying to sabotage her. As she’s competing for her life she starts to fall for her tutors instead of the princes, but she’s not the only one who is pretending to be something she’s not.

Magic left the Teichian kingdom when the Queen was killed and her baby daughter kidnapped. King Titus now rules over Teich and is hosting the Royal Trials, a competition amongst the royal ladies of the surrounding kingdom for a chance to marry one of the three princes and become Queen.

Rybet, an orphan, is the best thief in the Pond; an area long forgotten by the kingdom after the plague. When her charge gets nabbed for trying to steal from a palace guard, she sneaks into the castle to rescue him. Getting caught, her choices are to either join her charge in the dungeons or live to see another day (and try to free him again) by assuming the identity of a royal and participating in the trials.

Already hating the royals for what they let her part of town become, she finds herself more enamored with her tutors than those “asshole” princes. When competitors start dying instead of being sent home, she has no choice but to compete in earnest. As the competition heats up, someone keeps trying to sabotage her. Secrets start to unfold and Rybet realizes that even if she makes it out alive, not everything or everyone are as they seem. Will her life ever be the same again?

In my mind, if you want a guaranteed good reverse harem book, there is a short list of 5 authors. Tate James is on that list. Her story arcs are always solid. The world building is consistently complex and vivid. Her characters are well developed, relatable, beautifully flawed and most importantly her female leads are always strong and bad-ass. And of course, the sex is HOT. I mean, if you’re reading reverse harem, you’re not here for the PG stuff. This book is a bit of a slow burn but Tate James delivers. She always does. This one had a few spots where some of it was predictable but in my experience Tate’s subsequent books always make up for it and leave you reeling. Can’t wait! 👏👏👏

It should have been an easy task, for a skilled mercenary like Rybet Waise. Simply break into the royal palace, and rescue her friend from the executioner’s block. But when Rybet accidentally qualifies for the Trials, she finds herself with little choice but to see them through.

A thin veil of etiquette, elegance and glamour hides the true nature of the Trials. Behind closed doors, they are brutal and bloody, and to fail means to forfeit her life.

Thrust into the limelight and forced to compete with the Kingdom’s elite sweethearts, unlikely allies emerge and bonds are formed. But someone will stop at nothing to see her fail.

After all, she’s nothing but a dirty pond-dweller.

Rybet will do whatever it takes to survive until the Golden Ball, Princes be damned.

** IMPOSTER is book ONE of the ROYAL TRIALS trilogy, so does end with a cliffhanger. **

Tate James was born and raised in the Land of the Long White Cloud (New Zealand) but now lives in Australia with her husband, baby and furbaby.

She is a lover of books, red wine, cats and coffee and is not a morning person. She is a bit too sarcastic and swears too much for polite society and definitely tells too many dirty jokes.
She is also an International Bestselling author of the Kit Davenport series, as well as both the Hijinx Harem Trilogy and The Wild Hunt Motorcycle Club (co-authored with C.M. Stunich).