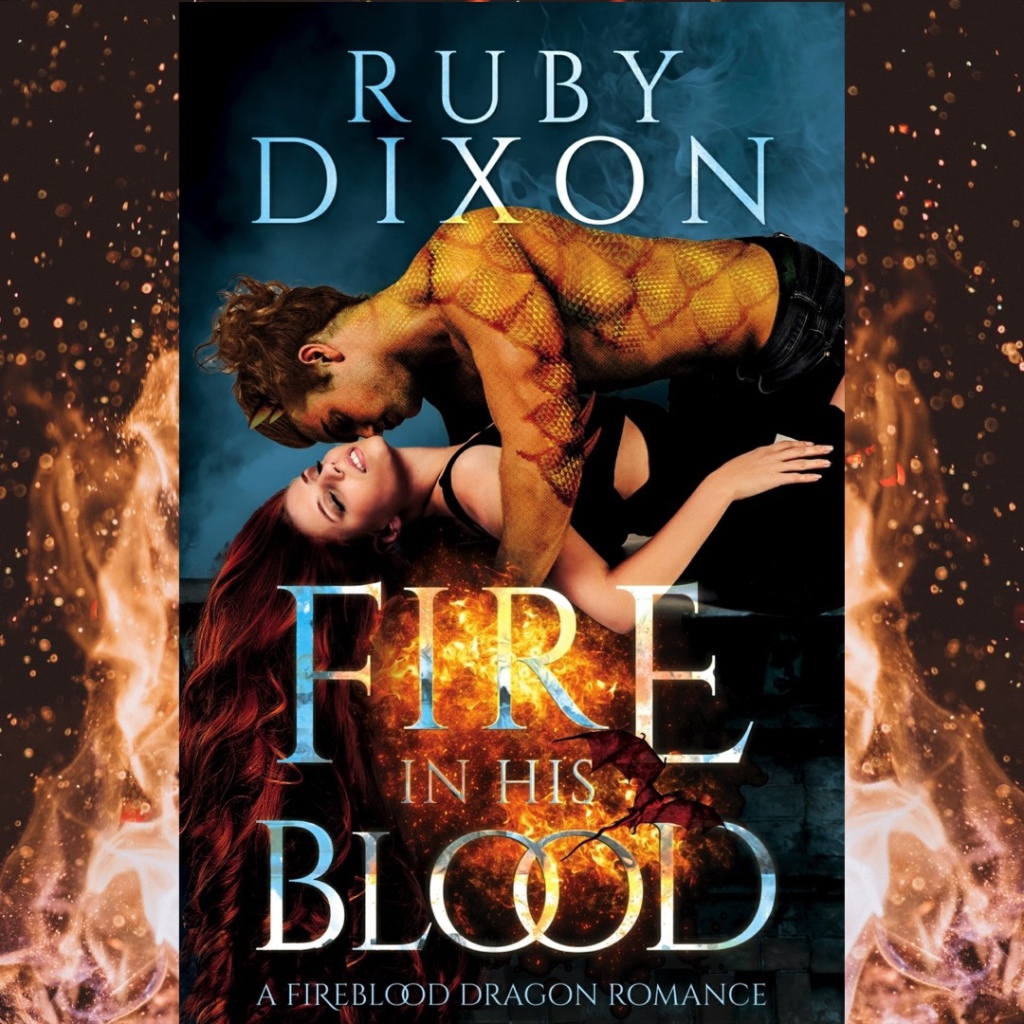 ~REVIEW🖋~
The Quick and Dirty: In post-apocalyptic Dallas where dragons have destroyed nearly everything, Claudia is a human just trying to survive. That is, until the militia catch up to her and use her for bait to tame a dragon; except this dragon has no plans to eat her. At least not the way she initially thinks.

It’s been years since the Rift, when the heavens tore open and dragons decimated the vast majority of the world. Claudia’s only focus is on survival and protecting her sister when she’s captured by the militia for scavenging and is used as dragon bait. To her surprise, the massive dragon is not only able to shift into human form, but he seems more interested in taking care of her than trying to hurt her. The book follows the pair through their courtship and a daring rescue of Claudia’s sister who is being held hostage by the local militia.

This was a new to me author that was recommended by a book buddy and I’m so glad I tried it out! While the story started off a little slow, Ruby Dixon has a style of writing that kept things interesting especially for a dystopian romance/slow burn. I loved that the protagonist was rational and asked logical questions instead of being a damsel in distress or a ditz. The story progressed organically and I can’t wait to see where the next book goes!

~BLURB~
Years ago, the skies ripped open and the world was destroyed in fire and ash. Dragons – once creatures of legend – are the enemy. Vicious and unpredictable, they rule the skies of the ruined cities, forcing humanity to huddle behind barricades for safety.

Claudia’s a survivor. She scrapes by as best as she can in a hard, dangerous world. When she runs afoul of the law, she’s left as bait in dragon territory. She only has one chance to survive – to somehow ‘tame’ a dragon and get it to obey her.

Except the dragon that finds her is as wild and brutal as any other…and he’s not interested in obeying.

August is here and that means it’s time for DRAGONS! FIRE IN HER EYES is available and it’s the first in the Fireblood Dragons series to feature a female dragon! Gabe’s not sure why the big red dragon’s following him all the time, but he knows there’s only one way to tame a dragon…the naughty way! 😉 It’s free in Kindle Unlimited. Go snatch it up!!

Want updates on when the new book releases? Sign up for my newsletter at: http://rubydixon.com or follow me on Facebook! I love to chat with fans there!