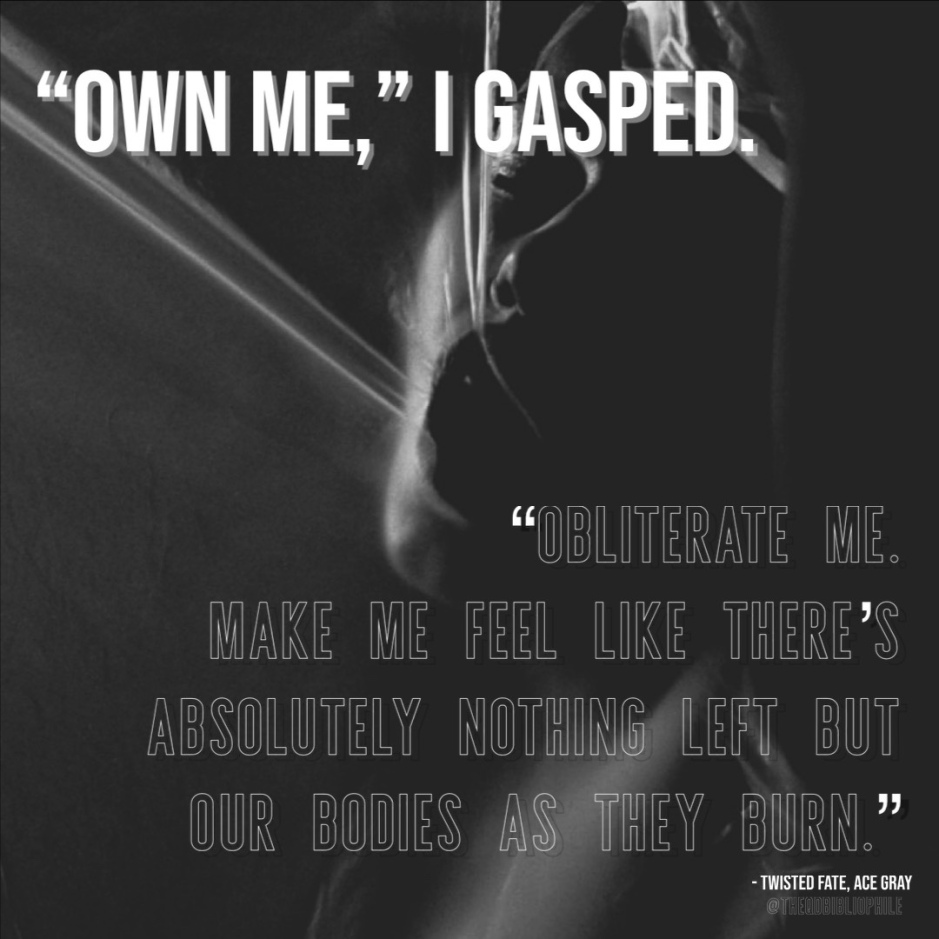 ~REVIEW🖋~
The Quick and Dirty: A twisted fairy tale indeed. This duet pulls you into its dark depths and keeps hold of you until the final words are bled onto the page.

Metaphorically, it’s the story of a dark and twisted knight, with the help of his savage of a best friend, slaying the wicked dragon in order to save his broken princess. Told in modern day Chicago.

But the books are so much more than that. The character development is excellent: leads are multidimensional, beautifully flawed, and brutally violent, but still relatable. This series shines in its ability to draw out the beauty in the savagery, Ace Gray writing about love that is as dark and beautiful as fresh black ink on parchment. I was entirely captivated and am already halfway into the standalone companion novel that is Cole’s best friend’s story.

~BLURB~
TWISTED FATE:
Once upon a time, in a land far, far away…

Okay, maybe it’s not a long time ago, or even very far away, but present day Chicago has it’s fair share of heroes and villains. Unlike the tales of old, they don’t wear shining armor, golden crowns or even dragon scales – they’re human. Gloriously flawed and dangerous humans with an appetite for both blood and lust.

A twist of fate brought Cole Ryan and Elle Laroux together in an orgasmic first encounter, but all too fast their futures became deeply entwined. Being forced together wouldn’t be such a bad thing if a dark web wasn’t being woven around Cole and Elle – simultaneously taut and tenuous – leaving their very lives to hold on by the thinnest of fate’s strands.

What happens after the whole world goes dark?

****This book cannot be read as a stand alone. It contains graphic sex, extreme violence, uncomfortable and dark sexual encounters as well as M/M/F, M/M and F/F sexual relationships. It’s intended for mature audiences, interested in dark and twisted reads, over 18 only****